Yesterday we continued the Colonies & Chimeras campaign (read about session #1 here). Meteora, the Amazon couldn't make it (maybe we'll roll on this chart next time), so the party consisted of :

The adventurers carried on with the exploration of the village. They were very cautious, and after carefully investigating every building (and even entering one through the roof instead of the front), they concluded, that, indeed, the village was abandoned. Ellipsis' bet was that a giant vulture had abducted everybody.

But the village was nice and even had a blacksmith's workshop, so they decided it would be a great place to settle - unless it was under constant giant bird or sandworm attacks... 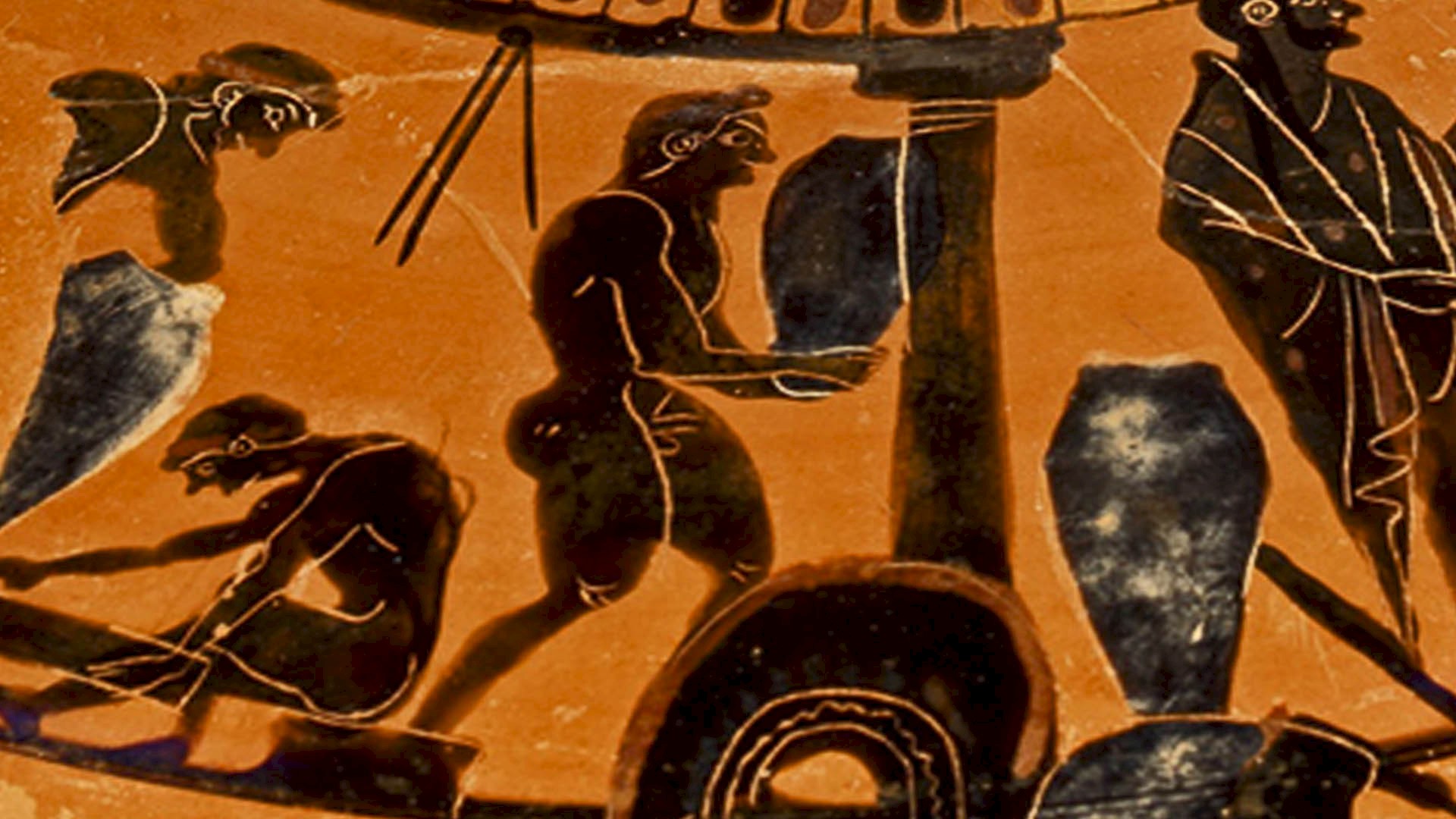 They also found the stables - empty. Ellipsis established, that at least two animals from it have recently ran off into the nearby woods... So they set out to track them down.

The forest turned out to be on the eerie side, with no birdsong and ear-popping atmospheric pressure changes.

After about 30 minutes, they happened upon the two donkeys! The animals were drinking from a freshwater spring and grazing on the undergrowth. They looked unharmed, although one of them had a burn mark on its shoulder. Luckily, the animals were docile, and felt safer with humans than in the forest, so they slowly followed them.

The group decided to head back to the village. They traversed the dense forest for an hour... and understood that they had somehow strayed from the track, and were lost. The henchmen warriors blamed Porphyra ("we shouldn't have brought this singing witch along!").

Then they noticed an old tree stripped of its bark and branches, fashioned into some sort of a totem pole, with three bands of ornaments about 4, 5 and 6 feet above the ground.

Ellipsis climbed a tree, and tried to get a better read on their location. He recognized some of the landmarks (mountains). Yet, he was still afraid that if they just headed off in the direction of the village, they'd still get lost in this enchanted forest.

Then the wolves appeared. A pack of five, who clearly wanted some donkey meat for dinner...

Porphyra sang a song and successfully Soothed the wolves, at least for enough time for the group to prepare their weapons and attack first. Then the beasts came charging in, and the adventurers and their two warriors had to do their best. After some proper bloodshed, the adventurers prevailed. The two warrior henchmen were reconciled with Porphyra, as during the fight, she put herself between the charging wolves and one of the warriors to defend him. However, the warriors were still not interested in hearing Porphyra's healing song! Superstitious bunch...

Porphyra was out of magic power, and needed some time to recuperate.

So they told the warriors to guard the perimeter, and Ellipsis began skinning the wolves.

While skinning the beasts, he noticed an uncanny thing: the blood of the animals wasn't pooling around them, but was instantly swallowed up by the earth! Siphoned into the depths. And while this was happening, he could see a change, at first subtle, but then more pronounced, in the "totem pole". It changed to a "fresher" color, and the coloration slowly creeped upward, towards the first ornamental frieze.

In the meantime, one of the guards alerted them, that he saw a man with antlers (???) lurking around - but Ellipsis or Porphyra couldn't see this apparition.

After this three hour rest, they once more set out towards the village - and once more ended up lost... This time, they arrived to a mound in the middle of a clearing.

The mound was clearly man-built, and after some careful scouting, the adventurers found a tunnel - blocked by a huge boulder; and another tunnel, open.

They lit their clay lamp (they acquired it in the village), and carefully entered the earthen tunnel. It led deeper inside the mound, and then into a larger chamber. A square stepped altar stood in the middle of the room; and there was a boulder, possibly blocking the exit of the tunnel that was blocked by the first boulder outside.

But before they could investigate further, something stirred in the darkness... and the group was attacked by two skeletons! The animated dead were armed and armored, and went for Ellipsis. He took a beating, so did one of the warriors, but eventually they overcame the undead and scattered their bones.

Further investigation of the chamber led to a big relief slab, with the crude depiction of a warrior, naked but for a fancy conical hat, bracers, and a belt. Ellipsis realized, that the plan of the chamber was very similar to the image of the man on the relief. In the "arm" tunnels, they found two more stepped altars: both empty.

Night fell, so they decided to block the entrance and rest in the chamber... 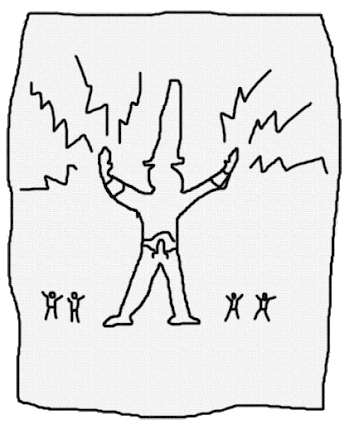