A while back, I wrote a generator of random spell names in Excel. And decided to write up descriptions for some of these random incantations. In the meantime, I stumbled upon Paul's Gameblog, who's doing the same thing... and from his posts, I also learned about a magnificent tool: Inspiration Pad Pro, a versatile (and free! free as a Windows desktop application; and reasonably priced as an app for tablets/devices; you can also use chartopia for your online random generation needs!) piece of software you can use to create random generators!

The .ipt file for my generator is here - I've extended it, so now it gives you a weird spell name, and some basic ideas about the spell's obscurity and casting requirements (this second half is still very much work-in-progress; for the following write-ups I didn't use them).

This spell forces one incorporeal or disembodied entity (ghosts, spectres, floating souls and the like) into a nearby body of a creature. The body must be in a relatively good condition, e.g. recently deceased, not burned to cinders or dissolved in acid. If the body is already occupied (e.g. if it is a living human with a soul), the current “owner” of the body gets to save vs. Spells. An unwilling entity can also save vs. Spells to resist the arcane compulsion.

However, as with all necromantic spells, there is a risk of the material body and the immaterial substance rejecting each other. Make a Reaction roll: 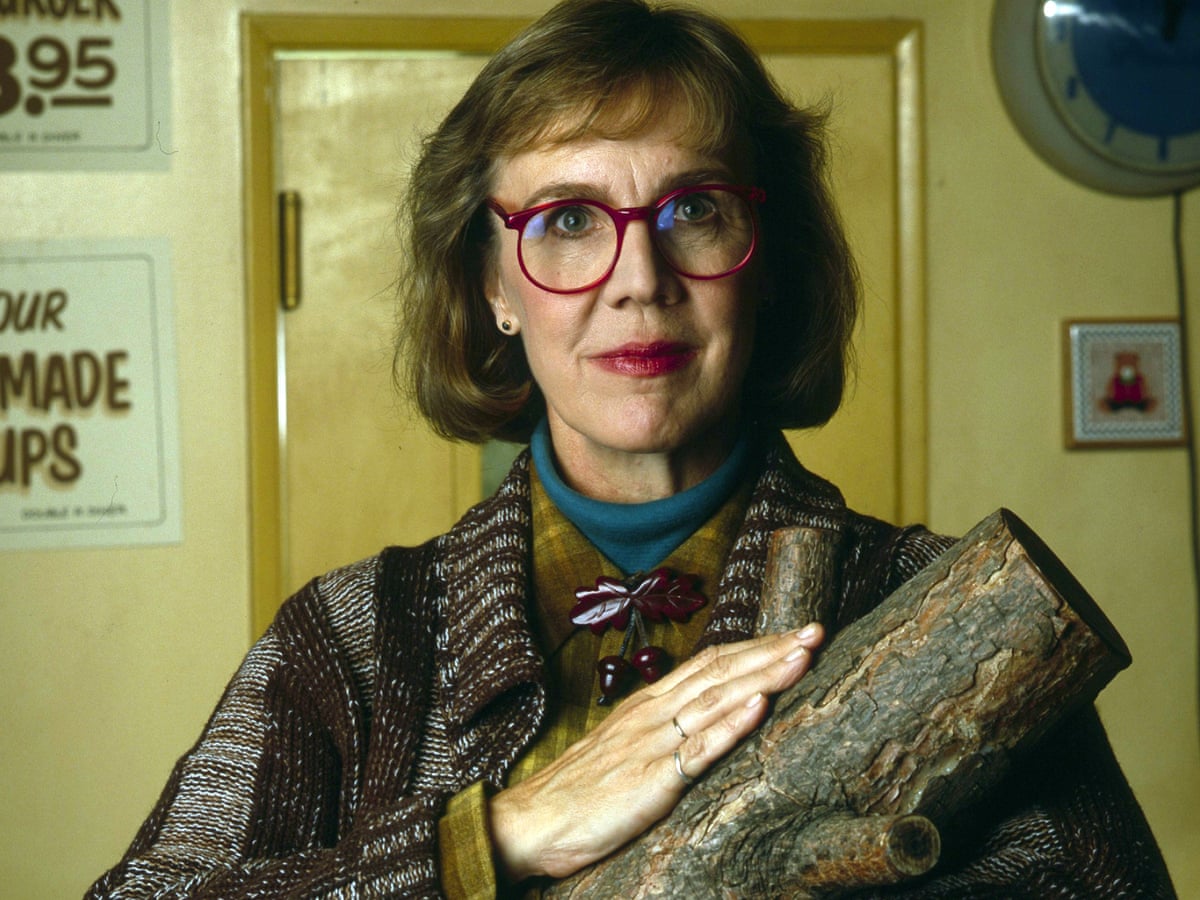 “I can say it again: some ideas arrive in the form of a dream,” – as one of the greatest sybils of our time declared. However, the mind is not always capable of comprehending the greater oneiric truths. This spell aids the target (the caster or anybody they touch) to recall the dream in vivid details, reliving it, but not forgetting like one would upon awakening. If the caster or the target have a Wisdom of 15 or more, they are considered to be lucid dreamers, and can assert some control over how the dream is recalled, perhaps can even obtain additional information, move in a different direction inside the dreamworld than during the original slumber.

The spell creates a layer of metal just under the skin of the target. This layer provides effective protection against mundane weapons: the person in considered to be wearing plate armor, and all damage is reduced by 1. Movement and reflexes are not hindered in any way. However, at the end of the spell’s duration, as the sorcerous metal dissolves, the person must save vs. Poison or lose a hit die and re-roll their maximum hit points with the new amount. Reduction to zero hit die means death.

With this illusion, a dead body can be made to appear just a sleeping or resting person. Injuries and signs of decay are masked, and there is even an illusion of breathing and a beating pulse. An onlooker won’t be able to tell by a cursory glance if the target is dead; and a save vs. Spells must be made if the corpse is investigated. If an especially suspicious or curious person tries to awaken the corpse, then, of course, the spell is automatically broken. Can also be used to make an undead creature appear living for the duration of the enchantment.

I numbered the areas on the map from yesterday's geomorph post. Feel free to use/modify it if you are in need of a weird 94-room complex. Or parts of it. It's under the CC BY/SA licence. This was also an interesting exercise in room numbering... I tried to keep the flow of the numbers, so that if keyed, the descriptions of interconnected areas are nearby. 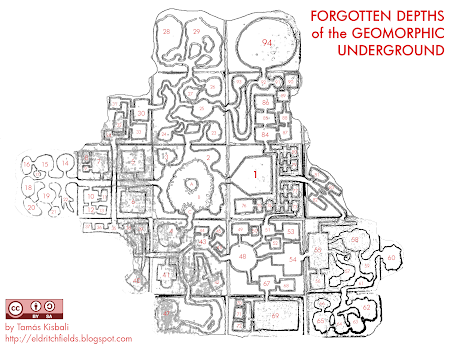 I made a set of dungeon geomorphs yesterday! Took a sheet of cardboard, divided it into 30 equal squares, and then drew various combinations of rooms, corridors, caverns. I made sure to have the entrances/exits meeting roughly around the middle of each side of the square. On some tiles, all spaces are connected to each other; while other tiles have two or more separate areas. I filled the leftover spaces with dead-ends and finials - tiles that only have one entrance.

The drawing was done in pencil first (but basically with no erasing/corrections), then inked it with one of those Stabilo black pens. 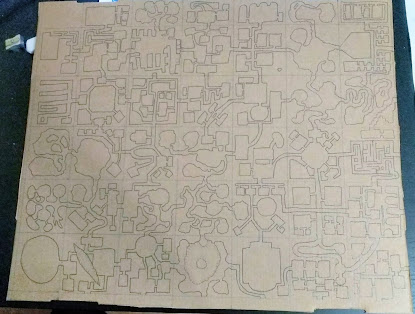 Cut it up with a hobby knife and scissors, and ended up with a nice pile of dungeon tiles! 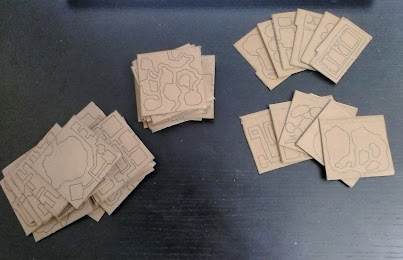 The first dungeon was a random draw of six tiles: 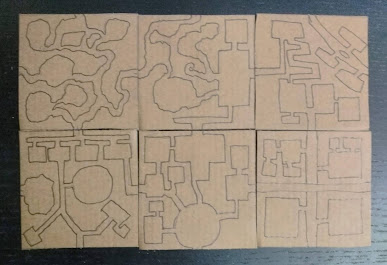 The second dungeon I started out with a random draw, then "curated" it: switched, reorganized or rotated some of the tiles, and added dead-ends to close off passages towards the borders.

I used the tiles where the areas are not interconnected to limit the sprawl of the dungeon too. 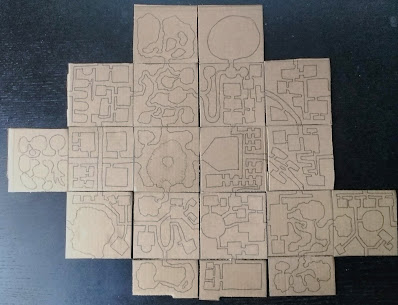 Then I fired up my trusty GIMP, and turned a photo of the tiles into a janky but also kinda stylish dungeon map! I cut off all the unconnected areas for now, to create an enclosed space. 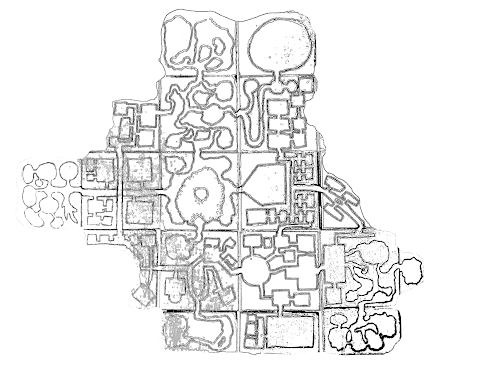 It's an evenings craft project, and lots of fun! The geomorphs can be used to create a quick dungeon (draw a couple of tiles, assemble, take a photo, edit out all the unnecessary passages) during prep, or even on the fly; or just to inspire yourself.

P.S.: I numbered the areas on the final map, you can see it here: https://eldritchfields.blogspot.com/2020/10/map-forgotten-depths-of-geomorphic.html