[Secret Santicorn!!] All Aboard the Terrible Dogfish!

For this year's Secret Santicorn, Deus on the OSR discord server requested "a pirate ship, stocked with treasure, captained by something supernatural"

a weird pirate adventure with a supernatural captain and treasure... Have fun! Happy holidays! 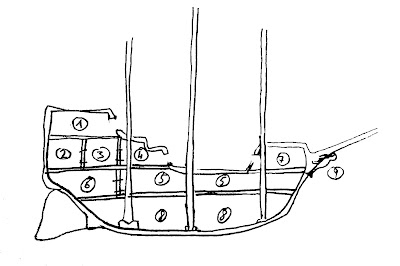 It's alive!! The Golem Master's Workshop is converted & played

UPDATE: Jonathan has posted a full-length report and a great analysis (even psychoanalysis!) of the adventure, which you can read here: http://www.fenorc.co.uk/home/into-the-golem-masters-workshop

My adventure The Golem Master's Workshop got some positive feedback... and also the biggest possible compliment for any homebrew material: it saw actual play!!!

Jonathan Rowe of RPGForge converted it to the Forge: Out of Chaos and ran it for his group. He made his conversion available, so if you happen to play this obscure little gem of a game, well, you know where to go!

(spoilers for The Golem Master's Workshop)


That went well. Two PCs entered the Golem-Master's house, a necromancer and a weasel-folk warrior. They discovered Jakov but failed to identify Boax, got trapped in the cellar with the insane Master, animated the Quantum Golem but it turned on them before breaking out and smashing Boax. The weasel got poisoned on the trapped door but the necromancer used the scroll to stop the Quantum Golem's rampage. He then animated the dead Golem-Master to fake his continued occupancy and moved into the house as his "guest" with Jakov positioned as a secretary in the foyer.

Turns out, weasel-folk is a standard race in Forge. 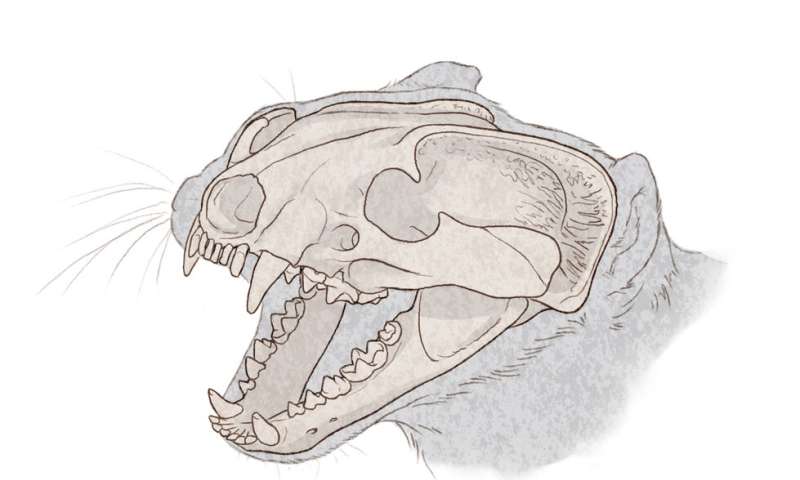 The generator takes up 5 pages (21-25) and takes you through a series of tables, as usual. The author warns us that "due to the complexity of the tables, it is recommended that the DM prepare spawn well ahead of time," well, yes, this takes up some time to roll up and interpret. The Spawns generated are TOUGH. 4+ attacks easily, lots of special attacks... There is a nice variety, a wide range of possible stuff...

And even if you don't need a monstrous HD 17 aberration, you can always spice up one of your regular monsters with just a few rolls on select tables.

E.g., you have a simple, boring orc, but with just two rolls on the body features table, your orc now has an exposed skeleton (flesh appears partly melted from bones) and an extra sucker-like mouth (potential extra attack, but at -3 to hit due to inconvenient location, 1-4 damage; blood drain for 1-4 HP per round). Simple boring orc no more! And it smells like... *roll roll roll* Perfume!! uhh... (wonderful smell detected to 100’; 10% chance of pheromones: if save vs. poison fails, victim refuses to harm spawn (but will defend against it))

The Golem Master, creator of pricey artificial servants, hasn’t been seen around for some time. His house stands dark and silent. Dare you enter?

The 30-minute dungeon is a great exercise. The format was created by Tristan Tanner, and she has recently posted an update, so now the format includes randomized prompts as guidelines.

My first attempt went overtime, but in the end turned into a pretty neat ancient Mesopotamia-themed dungeon. This new dungeon I wrote in around 35 minutes, then spent some more time re-drawing the map and formatting the content into a one-page dungeon pdf. Enjoy! 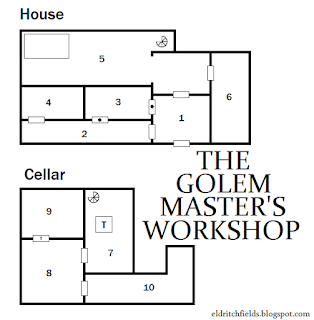 Background: The Golem Master, creator of pricey artificial servants, hasn’t been seen around for some time. His house stands dark and silent. Dare you enter?

1 – Foyer
A ledger with records of the Golem Master’s dealings. The balance is positive. The last transactions are from about 2 weeks ago: “Medium all-around servant, sold to Herr Güntz, for 3000 silver”, “Shipment of raw clay, for new personal project, 500 silver”.

2 – Corridor with mud streaks
Dry mud streaks leading to Area 4, as if something big and dirty was dragged there.
The windows towards the street are boarded up.

4 – Storage room with injured golem
The mound of clay in the corner is actually a golem – a tall, muscular man, with his legs torn off. His name is Jakov. He tells the story of the Golem Master experimenting with the creation of two “golem brothers”, and how his brother Boax went mad, killed the Master and mutilated him. Boax either left or is hiding somewhere in the house.

5 – Golem showcase and hiding place of Boax
Statues set up on a small podium – the Golem Master’s showcase. Three full-sized clay statues depicting one man and two women. If the players have visited Area 3, they recognize the male statue as being from the same mold as Jakov. Four clay statues of 3’ tall wingless gargoyles.
The statue of the man is Boax, the murderous golem. He will wait until the players go down the spiral stairs and then shut the trapdoor and move the heavy podium over it.
If found, confronted or attacked, Boax defends himself, and also commands the four gargoyles.
Boax, the murderous golem: HD 4, AC as chain, Move as unencumbered, Morale unbreakable, 2 attacks: terracotta punch (1d8 damage)
4 clay gargoyles: HD 2, AC as leather, Move as unencumbered, Morale average, 1 attack: claw (1d4 damage)

6 – Bedroom & Kitchenette
Under the bed, there is a scroll of hold monster.

7 – Dark cellar room with clay pits
Strong smell of wet clay and mud. Creaky floorboards. Trap: When crossing the room, each character has a 1-in-6 chance to fall through the old floorboards and into the deep clay pits. If much noise is made, 1d4 clay abominations from Area 8 rush in to investigate.

8 – Workshop, the hiding place of the Golem Master
The Golem Master wasn’t killed, but hid here, half-mad from his injuries. As his final defense, he created 4 small abominations from whatever lumps of clay he had around.
The door to Area 9 has a “Do not touch my things!” sign.
Golem Master: Magic-User 3, AC as unarmored, unable to move, 1 attack: desperate biting (1d2-1 damage)
4 clay abominations: HD 1, AC as leather, Move as unencumbered, Morale average

10 – Ritual area
A complete golem body lays on a marble slab. A codex and ritual implements are laying nearby – everything is ready to bring this golem to life. The golem is massive. If brought to life, there is a 50-50 chance of it being either an obedient servant or going on a murderous rampage through town.
Quantum Golem: HD 8, AC as chain, Move as unencumbered, Morale unbreakable, 2 attacks: terracotta punch (1d8 damage)

Special Room:
Something that can result in great reward or terrible disaster

d66 things that happen when you inject your liquified henchmen

Because that's obviously something that happens!

Written as part of the "OSR Weapons Race", which started with this, then escalated and led to this & this. Don't miss the consequences of eating a dead monster either. Who knows what the future holds?

Especially if an unknowable supernatural force turns your hireling into jelly. You scoop it up, fill a syringe, and inject the substance... roll to see

d66 things that happen when you inject your liquified henchmen


11   You sprout an extra arm, but it can only be used to carry a lantern. If you put a weapon in it, it detaches and flees.
12   Now you only answer to the henchman's name. You didn't learn their name before they died a gruesome death in your service? Tough luck, You-Who-Cannot-be-Named!
13   You gain +1 to your Attack Bonus if your weapon is cheap and unremarkable.
14   Sympathy for hirelings! You are unwilling to manipulate henchmen any further.
15   Whenever a town crier shouts out a message, you can decipher its hidden meaning, which is probably something sinister.
16   You learn about the existence of a "Henchpeople & Hirelings Trade Union". They keep a secret list of blackmail material on famed adventurers.

21   From now on, whenever you are explicitly hired to do something, and get paid for it, you gain 5% of the reward/payment/salary as experience points.
22   Whatever force liquefied the henchman is now affecting you. You have 1 week before you turn into a mindless ooze.
23   You drop to 1 Hit dice. All other stats remain unchanged.
24   A small second consciousness appears next to your own. You gain an extra spell slot (of the lowest order), even if you are not a spellcaster.
25   Your spit becomes acidic. Each day, enough acid gathers in your mouth for one spit attack (range 30', 1d6 damage). If you don't use it up (e.g. if you are unconscious for a day!), you take the damage.
26   Special one-time offer: get a 20% discount on your next hireling OR free shipping!

31   You learn a new language, but speak it in a way that's only acceptable among sailors.
32   Rashes & a burning sensation, followed by a loss of 1 HD.
33   From now on, every time you want to do something very dangerous, you must make a Loyalty check to see if you obey yourself.
34   You gain a random annoying quirk or mannerism.
35   Only the Referee knows this: the next henchman hired by this character will be a disloyal backstabbing traitor. Effect to tell the player: you cry green bile.
36   You are immune to whatever caused the liquification of the henchperson in the first place.

41   Logistical genius. You can now carry 150% more stuff.
42   Your body secretes weird fluids. In 4 weeks, you can harvest enough to mold it into a golem servant. This 2 HD ooze golem serves you for 1d6 days, then turns against you.
43   You feel useful! You are having a wonderful time! Save against Poison to avoid addiction to this peculiar type of euphoria.
44   Only the Referee knows this: the next henchman hired by this character will be exceptionally loyal. Effect to tell the player: you cry quicksilver tears.
45   From now on, you are ready to do anything dangerous against your best judgement if another player character gives you a 100 silver.
46   You gain the ability to turn/command oozes, as a Cleric of the same level as you would turn/command undead.

51   Double the maximum amount of hirelings you can have.
52   Beloved by Blobs!: oozes and similar creatures want to hug you.
53   If another player character orders you to do something and you obey, they must share their experience points with you for that session.
54   Dogs now hate you.
55   From now on, people tend to forget you exist.
56   The place of injection becomes swollen. When the swelling goes away, there is a purple tattoo-like portrait of the dead henchman on your skin.

61   You gain some of the mundane knowledge the henchman had: turnip farming, origami, cross stitching, etc.
62   Your appearance completely morphs into that of the liquified hireling. Stats, abilities, personality don't change.
63   People who usually hate adventurers think that you are kind of alright.
64   You can no longer digest normal food, BUT can eat anything acidic and horrifically oozy without risk to your health.
65   The dead hireling haunts you, distracting you in the worst possible moments.
66   You die, but the party can hire you in the next town for 100 silver per character level. You are simply there, waiting for them. Stats remain unchanged, all equipment is lost.

1d8 things that happen when you smoke a magic scroll

From the dynamic duo that brought you spider mutations and that skeleton interrogator table...

1d8 things that happen when you smoke a magic scroll!! 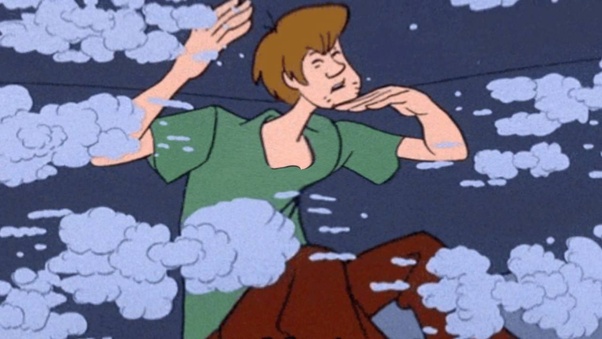