Somewhere in the city, there is a portico adorned with four caryatids. The locals are used to this sight, and just pass by every day, perhaps only stopping to admire the work of the forgotten sculptor. Now and then a woman, following an old tradition, whispers her deepest wish into the ear of the leftmost statue.
At night, the caryatids step off their bases. They patrol the streets, right wrongs, protect the innocent and the weak, hunt monsters and fight against dark-dark-dark magic.
But they must return to their place at dawn, or become an immobile statue – forever.

The Caryatids are statues animated by a mysterious force. Despite being of stone, their movements are fluid and precise, like that of a human – only much, much louder.
All Caryatids are HD 3
Hit points: by class, see below
Stats: rolled as usual
Base AC: 16
Base AB: +3 or by class, see below
Natural attack: d6
Skills: Caryatids start with a 3-in-6 chance in Architecture and Open Doors; and a 1-in-6 chance in Stealth (which they can employ to muffle their otherwise very loud movements)

* “Turn-to-stone” effects can render Caryatids immobile
** Caryatids are, of course, unaffected by poisons, but corroded by acid

Caryatids don’t level up. Their attributes can only increase through magic, the help of artisans, or other in-game ways.

Caryatids move as unencumbered humans, can climb, jump, etc.
All movement is loud and noticeable. With a successful Stealth skill check, a Caryatid can move with less noise (but still audibly). Only the Maiden Caryatid (see below) can use her Stealth skill to move unnoticed.
Caryatids can carry twice as more as a human.
Caryatids sink in water, but can walk once reaching the bottom.
When standing still, Caryatids are indistinguishable from a statue.

When a Caryatid drops to 0 hit points, roll 1d6 to see which part gets shattered. Any further damage triggers a new roll on the chart until total destruction.

HD represents the actual structural integrity of the stone body. Caryatids can regain HD only if restored by a highly skilled human artisan or magical means.
Hit points are the force that’s animating the stone body. Caryatids can regain hit points through the Matron’s healing spells and by “resting” during the day; however these options never restore HD.

Although visually similar, each the four caryatids each represent an individual class:

Hit points: 3d6
Skills as Specialist 3 in addition to the base Caryatid skills 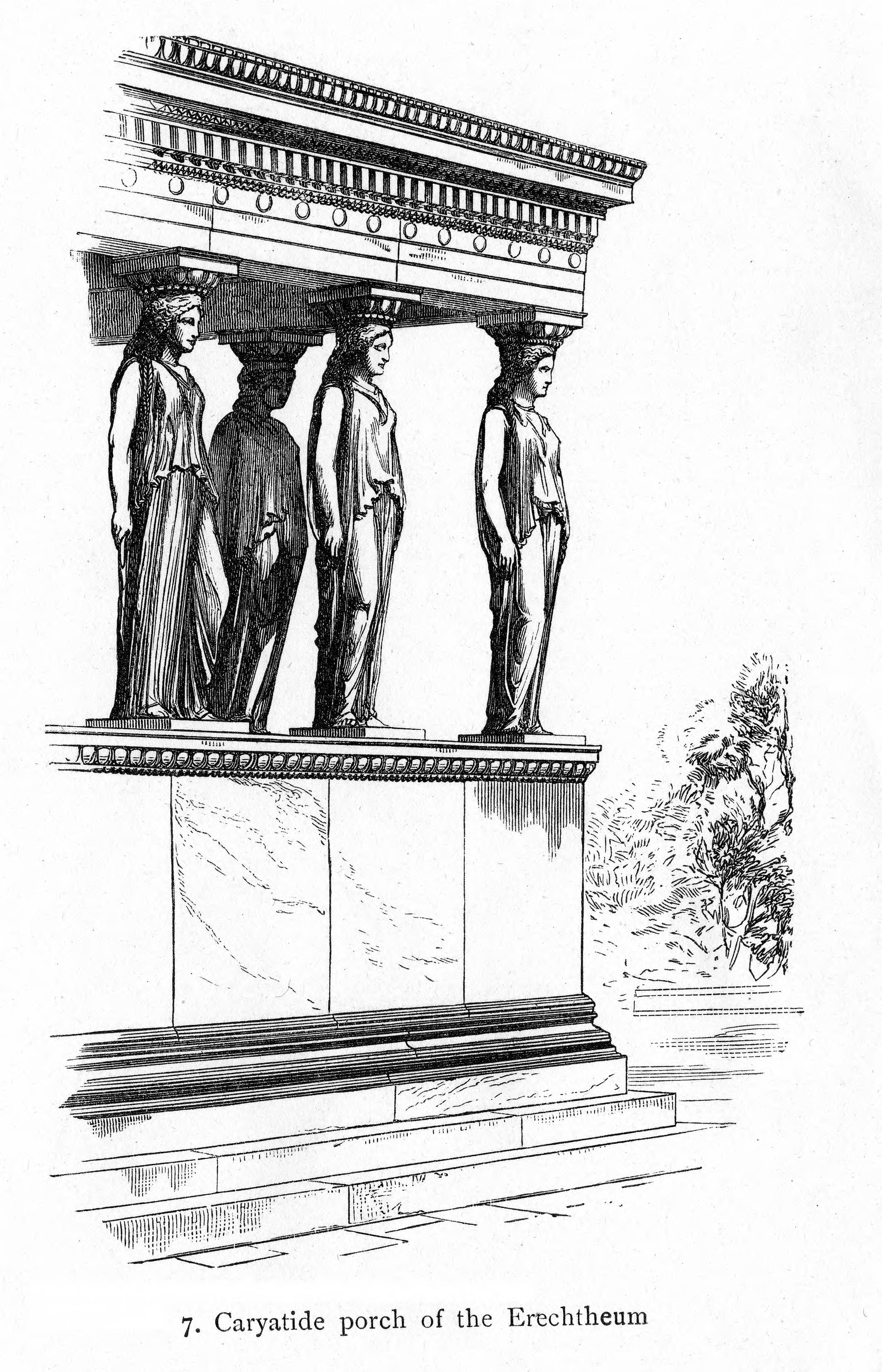 What can I say? After many sleepless nights of deleting comments, I gave in to temptation and contacted Lord Mark.

I was not disappointed!

Lord Mark is a charming, polite gentleman, a vampire lord of the highest standing. In exchange for granting me immortality, prosperity, and mental alertness, he asked me only to spread the word about his greatness and good posture.

No. Appearing: 1, but under all available channels, posts, forum threads at the same time. Lord Mark is omnipresent
Hit Dice: 1
Armor Class: as Leather
No. of attacks: 1 per opponent
Damage: 1-6
Movement: as Unencumbered
Morale: 12

Lord Mark is one and a legion at the same time. When He appears, he seems to be singular, but in fact everybody present has to face Lord Mark on their own, separately, and only then move on to help others. This is mostly annoying, but if left unchecked, whole towns can be overrun by Lord Mark's avatars.
If somebody willingly accepts Lord Mark's offer, that person becomes infected by the human vampire virus and will be forced to spread Lord Mark's message at every opportunity.
Bejegyezte: Tamás Kisbali dátum: 3:51 9 megjegyzés: