Tarkan vs. the world


TARKAN VERSUS THE VIKINGS features a mustached villain, who is the leader of a Viking clan that worships an octopus god-monster. The Vikings wish to kidnap a beautiful girl to sacrifice her to their demigod, but the heroic Tarkan (Kartal Tibet), aided by his dog, Kurt, is there to save the day.

In the early 1970s, there was a comics magazine called Dracula. It featured Spanish comics translated into English. Not about Dracula, though. They featured original genre / pulp heroes, like the sword & sorcery warrior Wolff, the sword & planet / science fantasy Agar Agar, and Sir Leo, "an English aristocrat - a hunter of evil. A man whose life is dedicated to the destruction of those nameless horrors that threaten mankind".

The stories were all presented with lush psychedelic art, swirling colors and grotesque imagery. Personally, I really dig the fusion of horror with trippy 1970s aesthetics (Dracula AD 1972 will always be dear to me...)

The stories about Sir Leo (or Sir Leo Wooldrich) were drawn by José Beá, and, damn, they look amazing!! 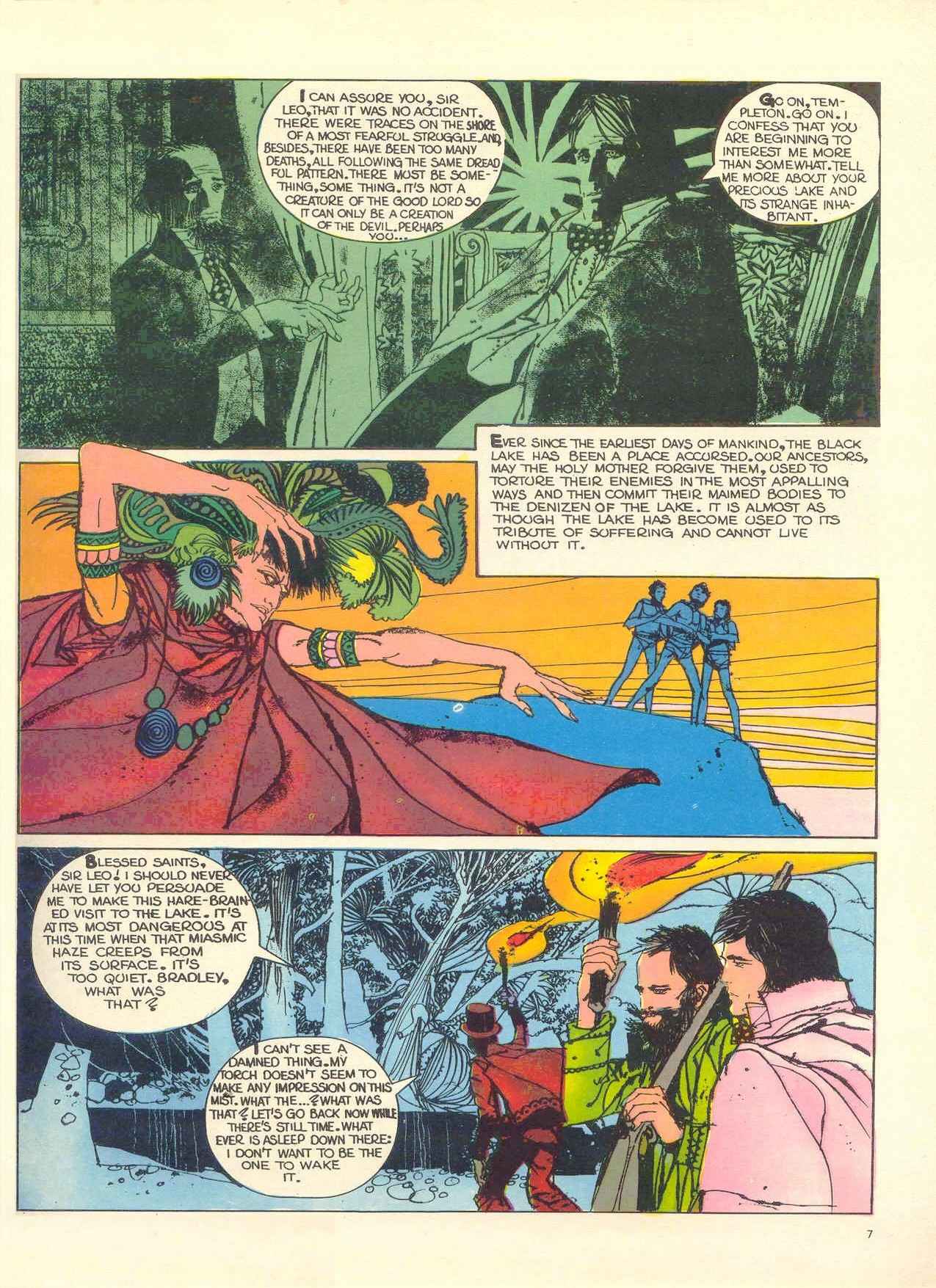 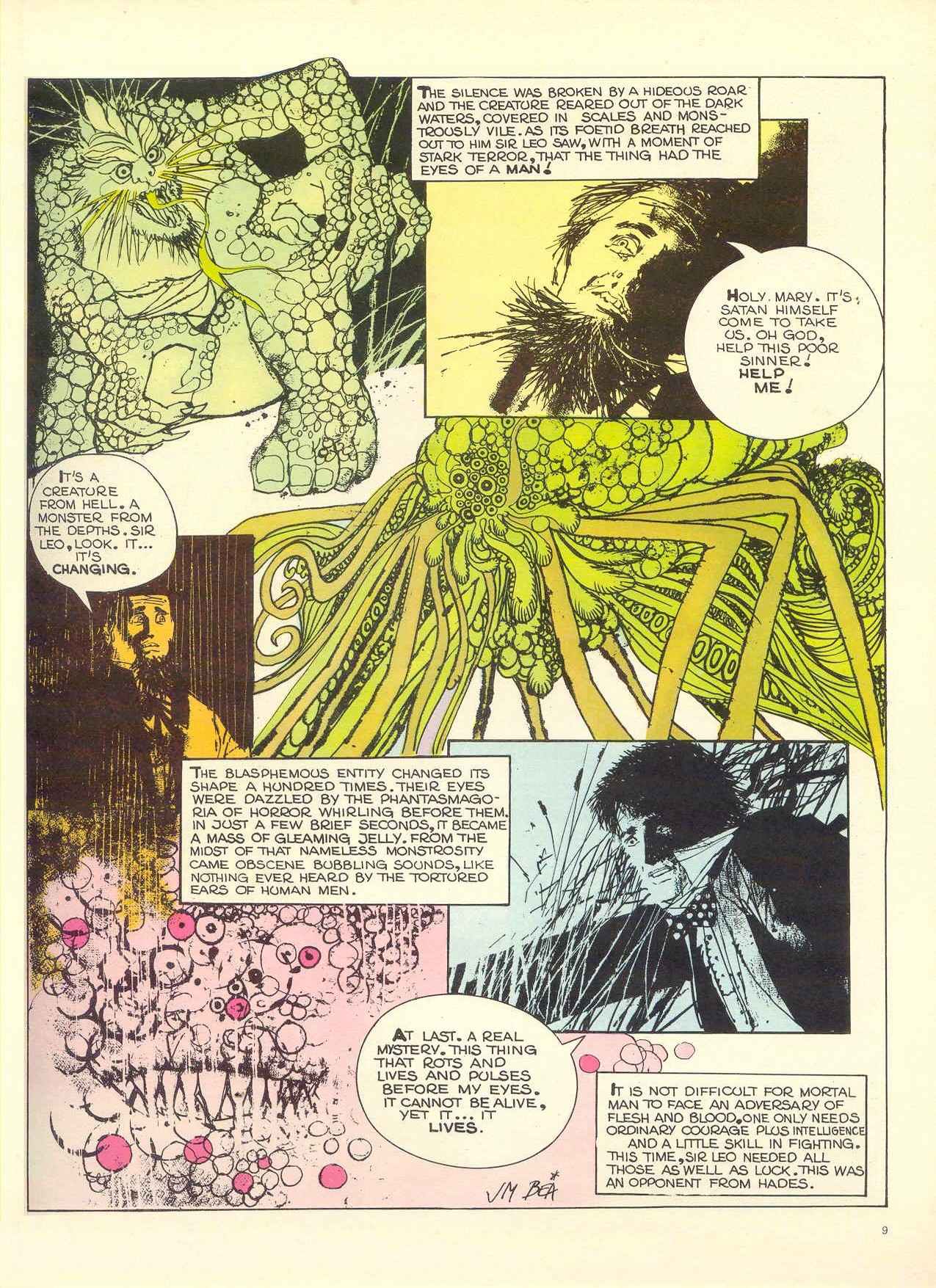