[Adventure] The Belly of Gargantuel 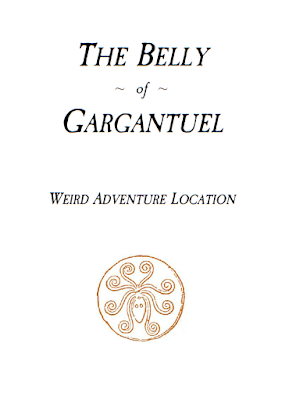 I had some time on my hand and a surge of creativity, so yesterday I finally put together my notes and ideas for a small weird adventure location.

This PDF describes the rotting carcass of a giant sea monster. It can be used as a one-shot, or slotted into an on-going campaign or hexcrawl. Inside, there are three new gross / weird monsters, an insane sailor who made the belly of the beast his home, treasure, and some other things industrious adventurers can profit from.

Gargantuel was a gigantic sea monster (a whale? a prehistoric serpent? the Kraken? Leviathan itself?). She used to roam the high seas, destroying ships and devouring everything. Some of the people she swallowed survived in her belly. One of them, the sailor Torsti Seppänen, actually managed to turn the place into a comfortable habitat.
One day, Gargantuel passed away. Her body now lies out in the open, luring the carrion-eater, the curious, the foolish. Strange creatures and artifacts await in the mounds of decaying flesh, and the insane Torsti Seppänen will do everything to defend his “home” from intruders.

I hope you like it and find it useful. Comments, opinions, suggestions are welcome!!! 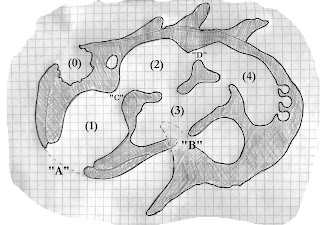 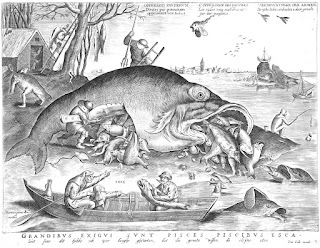